and when you get a chance to sit out or join in... we hope you dance. 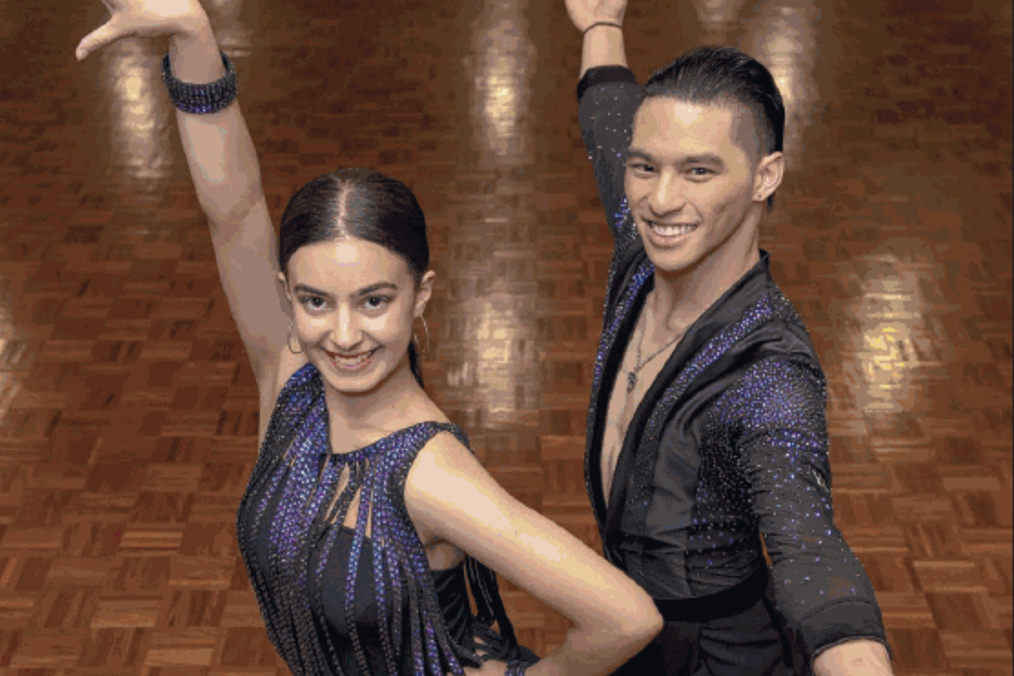 We were pretty excited to open the Diamond Valley Leader & Heidelberg Leader newspapers this week to see not one but two, articles featuring our very own Justin & Renee.

AGE is just a number for dancers Justin Rafol and Renee Haggar.

Despite a seven-year age difference — Mr Rafol, of Knoxfield, is 21 and Miss Haggar, of Thornbury, 14 — the pair are making waves in the world of dance in the adult ranks.

Mr Rafol and Miss Haggar, who train at Just Rhythm Dance Academy in Research, teamed up seriously in September after being practice partners for most of 2018 while they both searched for appropriate partners.

With Mr Rafol having just turned 21, he qualified for the adult section of competition, while Miss Haggar was still in the junior ranks, so it seemed an unlikely match.

But as they continued to work together, it became evident they were meant to dance together.

In October, they competed in their first competition as a couple at the NZ Open Dance Championships.

There, they placed second in both adult open and level 5 Latin events.

Recently, the pair took part in the Australian Open Dancesport Championships at Melbourne’s Hisense arena, competing against adult couples from all over Australia and abroad.

Coach Julie Jones Milicevic said it was mesmerising to watch the two of them take to the floor.

“They have a magic between them that just works,” she said.

“As they continue to grow as dancers and as a partnership, you can see they are just meant to be.

“They both have a similar work ethic and I have no doubt they will have a bright, exciting and successful future together.”